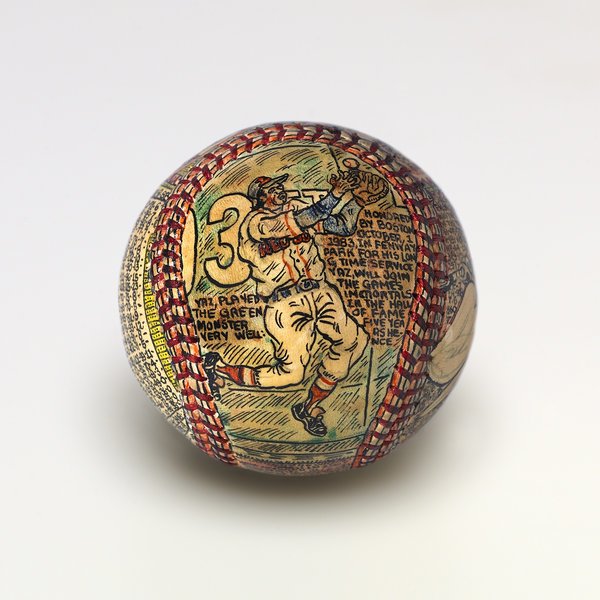 One of the most beloved and best known folk art painters of baseball, George Sosnak (1924–1992) was a lifelong, passionate fan of the game. He parlayed his enthusiasm for the sport into two concurrent careers: first as a Minor League umpire, and eventually as an artist, meticulously painting baseballs decorated with the images and arcane statistics so dear to fans of the game.

Sosnak was born in Pittsburgh, Pennsylvania, where from an early age he collected autographs from his hometown Pirates. When serving abroad in the Army late in World War II, he participated in military games as a player and umpire, but found that his talents were more suited to the latter. When he returned to the States, he enrolled in umpire school in Florida, where he was based for the remainder of his life. Eventually settling in Lakeland, Sosnak umpired in the Pioneer and Florida State Leagues (among others), and supplemented his income as a baker, construction worker, and a corrections officer.

When asked how he began painting, Sosnak—who had no artistic training—liked to tell the story that when he was an umpire in the 1950s, a young female fan asked him for a portrait of her favorite player on a ball. This interaction began an almost 40-year career, largely avocational, of producing colorful and increasingly intricate, themed baseballs. Some celebrated particular moments, some honored legendary players, and others marked championship teams.

Sosnak’s final self-chosen challenge was to create a ball for each player in the Baseball Hall of Fame, recreating his Hall of Fame plaque as well as an overview of the player’s career in glorious detail and color. Occasionally, he would decorate a two-dimensional format like correspondence or drawings with his appealing images. In the end, Sosnak is thought to have begun some 3,000 baseballs, and to have finished about 800. Having a Ball includes 57 George Sosnak artworks – 47 baseballs and 10 works on paper.

Organized by the Chrysler Museum of Art, Norfolk, Virginia 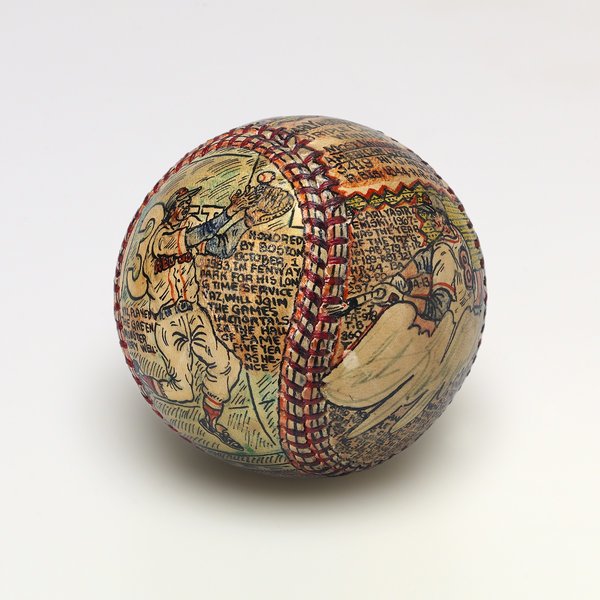 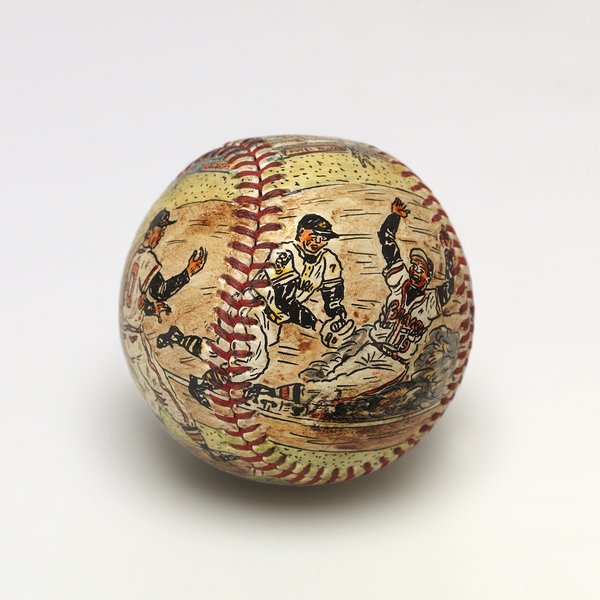 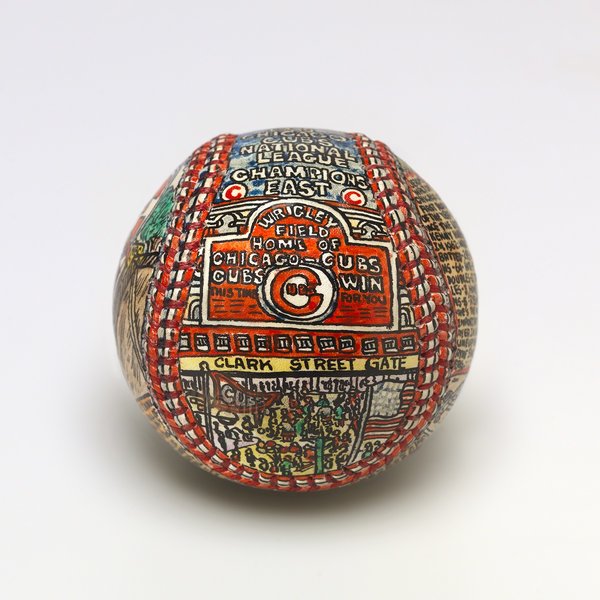 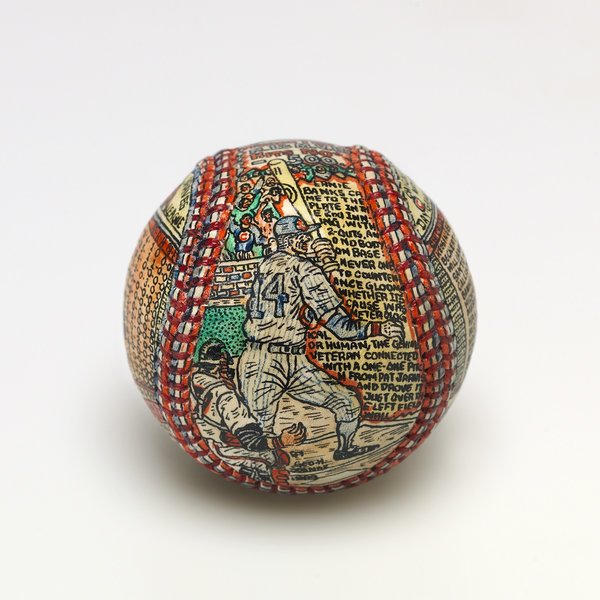 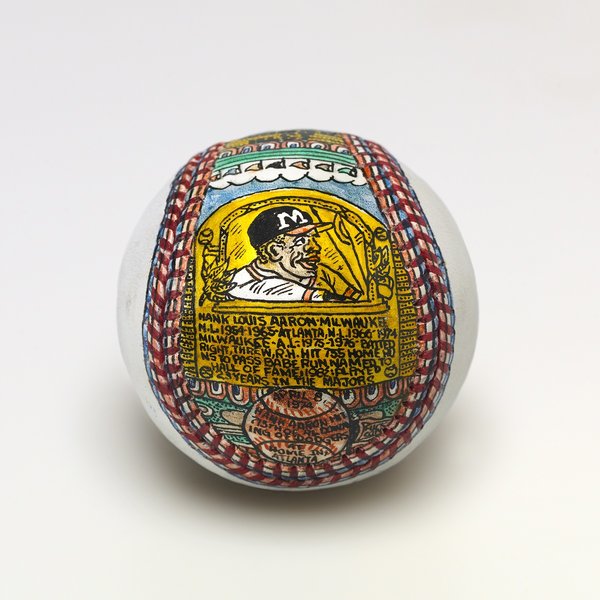 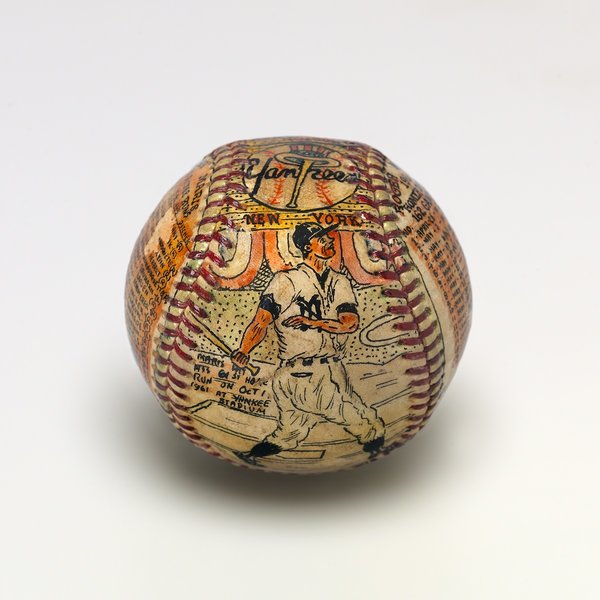 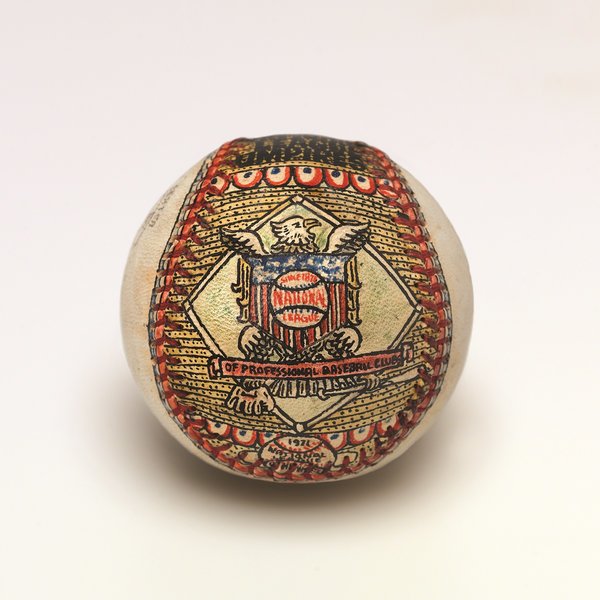 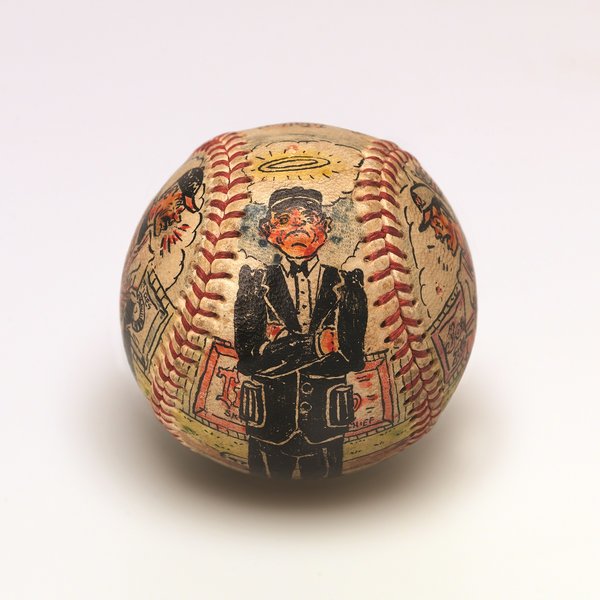 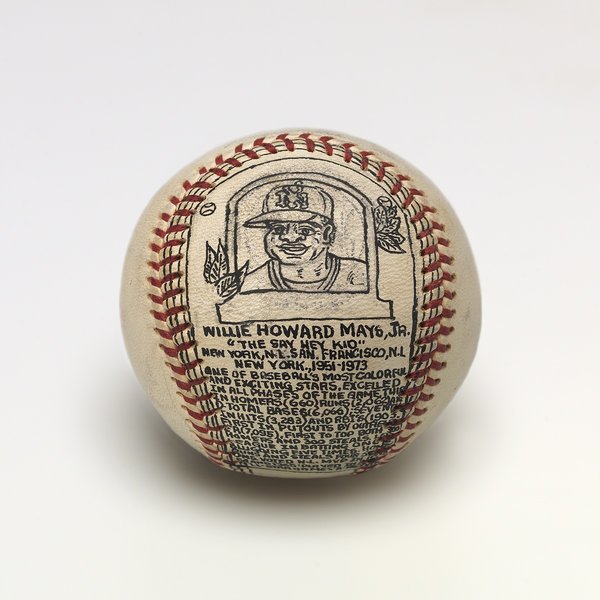 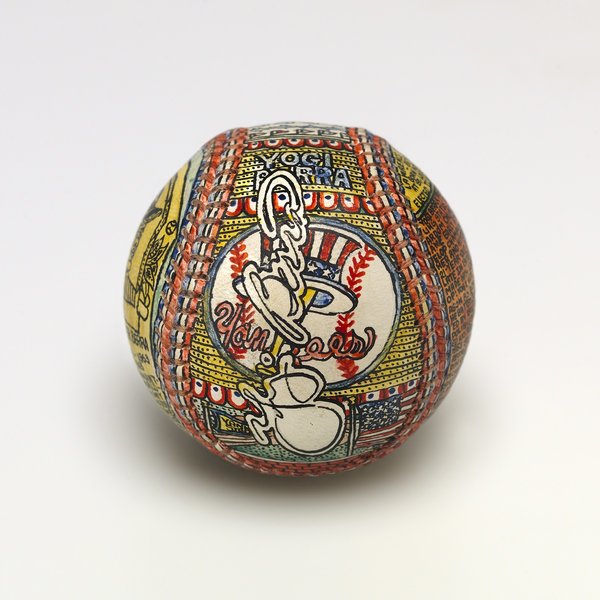