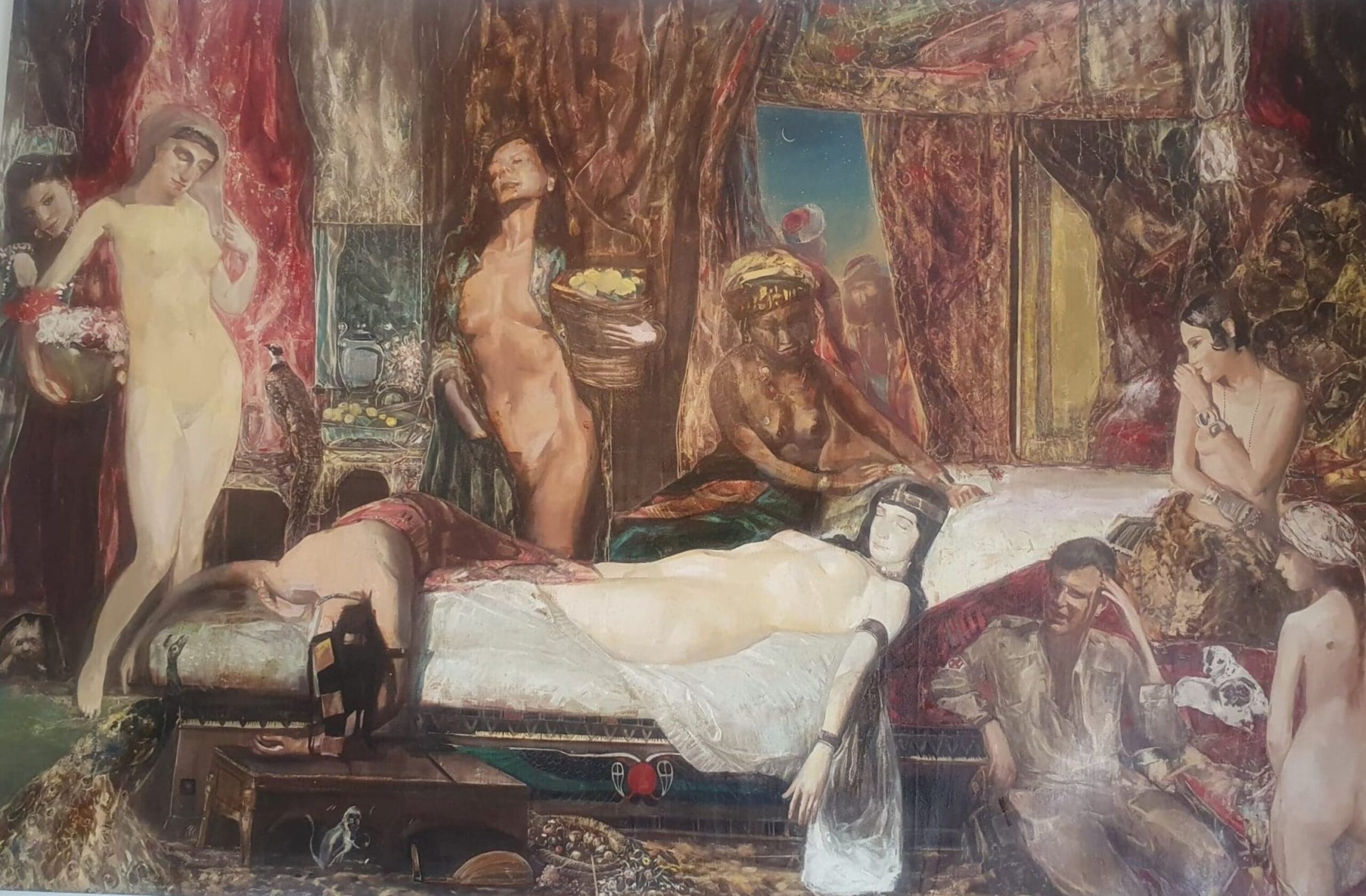 Join us this fall for a series of Virtual Antiquities Circle Lectures presented by Dr. Branko van Oppen. In this first presentation, Dr. van Oppen looks at the work of contemporary artist, Nikos Stratakis.

Nikos Stratakis (1960) was born in Heraklion, Crete, the sister city of Tampa, Florida. He has studied at the Athens School of Fine Arts, the city where he still resides. His work, held by Greek museums, the Greek Ministry of Culture, and prominent private collections, is richly imbued with the continuing relevance and inspiration of Antiquity, ancient mythology and archaeology. Presenting a selection of his paintings in conjunction with ancient and early modern works of art will offer the webinar viewer a fresh recontextualization of the antiquities collection of the Tampa Museum of Art, together with Classicizing sculptural masterpieces of the Rijksmuseum, Amsterdam.

Stratakis’ work present various reoccurring themes that convey his fascination with ancient Greek culture. These themes range from figures of ancient religion and mythology, such as Aphrodite and Apollo, archaeological landscapes of Athens and Delos, as well as male and female nudes profoundly indebted to classical tradition. Still, while the ancient inspiration is immediately clear from first impressions, a more careful viewer will find allusions and re-appropriations not only of classical works of art but also of modern neo-classical paintings. Take for instance, Stratakis’ Harem (2005), which is a masterful reworking of the The Death of Cleopatra (1874) by French Ecole de Beaux-Arts painter Jean-Andre Rixens.