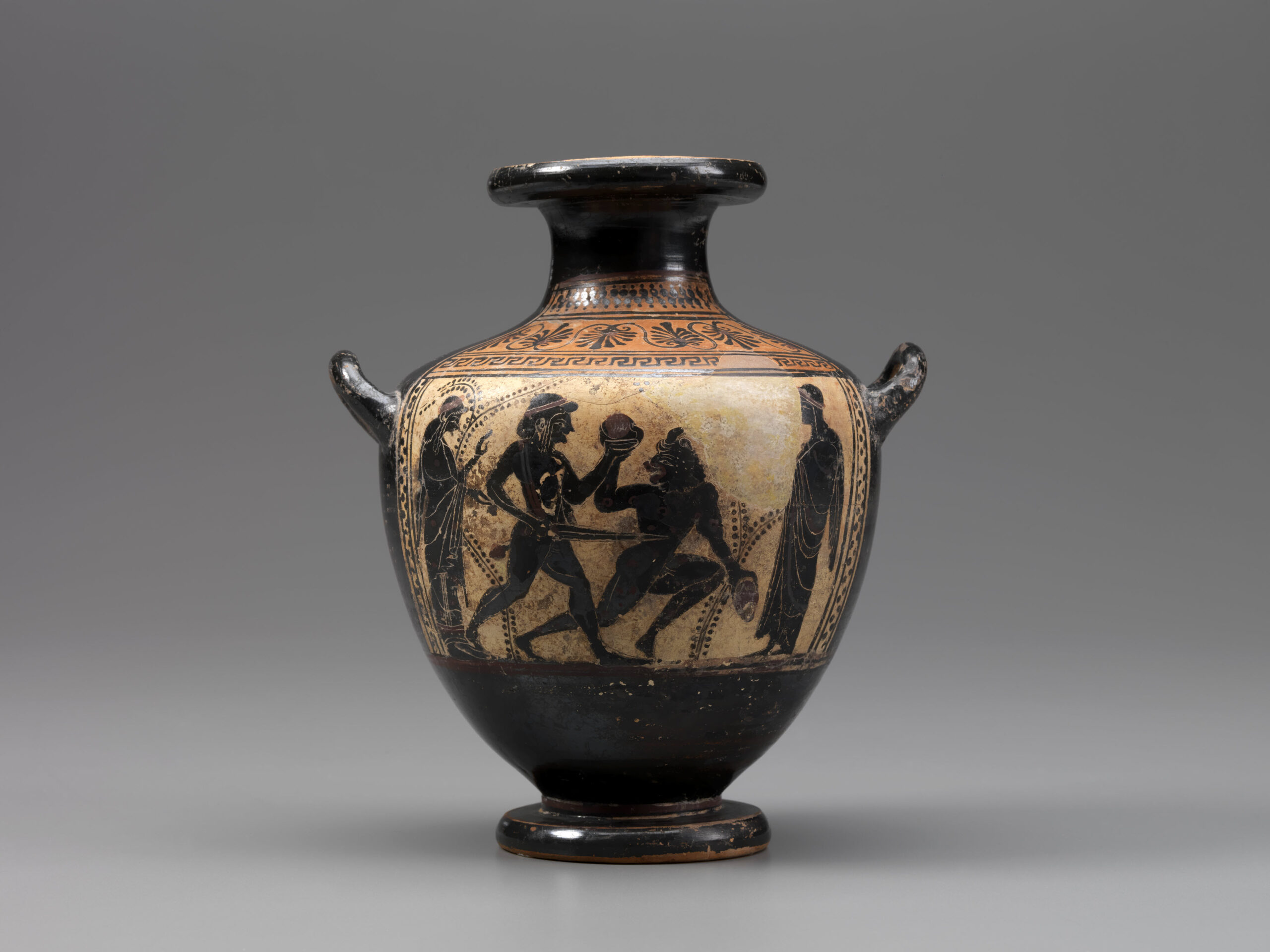 Join us this fall for a series of Virtual Antiquities Circle Lectures presented by Dr. Branko van Oppen. In this third presentation, Dr. van Oppen looks at Minoan Knossos.

The ancient city of Knossos (near Tampa’s sister-city Heraklion) on the island of Crete is world-famous for its extensive archaeological ruins. The site is forever associated with myths about the labyrinth, about King Minos and his Queen Pasiphae, about the Minotaur slain by Theseus, and about Daedalus and his son Icarus, who spread their wings to escape the maze in which they were imprisoned. Classical Greek myths concerning Knossos reveal a fascinating glimpse of the reception of the Bronze Age civilization.

The palace of Knossos became the chief political and religious center on Crete during the Bronze Age (dating to the second millennium BCE). In modern times, the site was first excavated by pioneering English archaeologist Arthur Evans (1851-1941), who also coined the term “Minoan civilization” for the Cretan palatial culture he uncovered.

The wealth of the Bronze Age civilization on Crete is evinced by colorful frescos and other beautifully crafted masterpieces illustrating aspects of human, animal, and plant life. This wealth was based on extensive trade in oil, wine, and wool, shipped to the Aegean islands, mainland Greece, Anatolia (present-day Turkey), Syria, Egypt, and even Sicily. Like the Tampa Bay Area, Knossos thus owed its power to its maritime prowess.