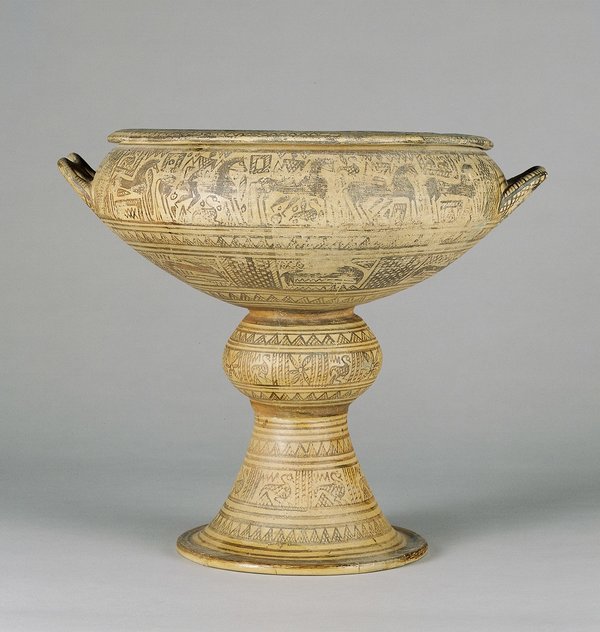 A horse, a horse, my kingdom from a horse! Exchanges and Interconnections on the standed krater in Tampa

The technique and decoration of the Etruscan standed krater in Tampa were derived from Greek workshops. The shape, however, is derived from ancient near eastern bronze versions, a few of which made their way through elite exchange to Etruria. Many more, however, have been found among the dedications at the Sanctuary of Zeus at Olympia, where horse and chariot racing were especially prized. Some of the race horses were in fact bred in northern Italy. This paper tries to offer a historical and social context for the krater at the time of its manufacture.

Jasper Gaunt completed undergraduate studies at Oxford University and subsequently pursued graduate work at the Institute of Fine Arts, New York University, where he wrote a dissertation on Greek vase-painting. He is the author of the catalogue of Greek vases at Harrow School for the series Corpus Vasorum Antiquorum, and has published widely on many aspects of archaic and classical Greek art, literature and culture. For several years, he served as curator of Greek and Roman Art at the Michael C. Carlos Museum of Emory University.

The Antiquities Circle presents lectures throughout the year that celebrate the Museum’s collection of Ancient Greek and Roman antiquities. We draw in scholars from around the country to discuss their expertise or share new discoveries in ancient art.

Join us for a brief reception with light bites and drinks available for purchase at 6:30p. Lecture begins at 7p.

Museum Members may RSVP to Education@TampaMuseum.org